According to Kaidou Shun, the Dark Reunion is trying to steal the Black Beat, the dark force that dwells in Shun's right arm, and intends to create a new world with it. The Black Beat also serves as the source of Shun's "abilities". Shun wears red bandages on his hands as a means to "seal" his power source and prevent the Reunion from stealing it.

Throughout the series, Shun frequently blames random bad events on the Organization, but he also sometimes claims to have caused certain events by unleashing his Black Beat. For example, he once claimed that his Black Beat went out of control and destroyed Saiko Metori's house.

Outside of their plans to sort mankind and create a new world, very little is known about the Shadowy Organization.

Their most dangerous trait is patience; they are known to strike at any given opportunity, no matter how long it will take. All members are shrouded in mystery, wearing dark cloak and masks to ensure their identity is hidden. They are working from an unknown location. Their arsenal of weapons consists of swords, guns and rocket launchers.

Assassins of the Organization were well-trained for combat at the time and were given unique names. One such assassin was The Jet-Black Wings.

Out of options, The Jet-Black Wings was forced to use the Forbidden Secret Art, the Phantom, to escape, the Art consisting of separation of the soul from the body. The Jet-Black Wings's soul shifted into another dimension and entered the body of Kaidou Shun while he was still in his mother's womb. That allowed him to escape.

Sixteen years later, the Dark Reunion are aware that The Jet-Black Wings is still alive, and are actively tracking him down. They are planning to capture him, steal the Black Beat, and create a new world with it.

A high-damage, single-target lightning ability. It was "used" by Shun to kill Murder-Dragoram-Snake at PK Academy.

Shun claims that this is the source of all his abilities.

Shun wears red bandages on his hands, as a means to seal his Black Beat.

Shun keeps a secret notebook full of things from his Chuunibyou imagination, such as Spells and Information about Jet-Black Wings. Shun gets very embarrassed when someone gets their hands on the notebook.

Shun has a cheap necklace that he bought for ¥30,000. He was scammed by Clairvoyant Mikiko. Shun believes that this necklace would help him make friends and that Kusuo would call him pal.

Briefly mentioned in one of the Episodes, Shun appeared to have found an abandoned building that would serve as a good hideout. He shows up trying to look for Kusuo and show him their new hideout.

She was a fake fortune-teller who tried to cheat Shun's money. After listening to Shun's story about Dark Reunion, she did not believe him at first, until Kusuo, pretending to be part of Dark Reunion, threatens her and scared her into returning the money she cheated Shun of. She was shown running up to Shun and returning the money while apologizing for not believing Shun's story. It can be assumed that she now believes that the Dark Reunion exists.

Tanaka was a random student in PK Academy. He took advantage of Shun's chunnibyou and tricked the latter into believing that he was Jade Eyes, the leader of an organization aiming to take down Dark Reunion. He then gives the latter his homework and made Shun do it for him under the pretence that it was a pass to let Shun join the group. He even sucessfully tricked Shun into leaving his wallet behind. Tanaka would have gotten away with his prank if not for Kusuo, who witnessed Tanaka laughing about how foolish Shun was. Kusuo, pretending to be a member of the Dark Reunion, threatens the boy and scares him away. In an omake, Tanaka was shown describing his experience, believing that the Dark Reunion truly exists.

Kaidou Shun's mother, whom he calls "Mama", which can be read as "真魔" in Japanese, which means "True Demon". She is unaware of his chunnibyou and believes that he is a shy and a good child.

Kusuo is Shun's friend. In Shun's mind, he believed that Kusuo has powers like him (which is somewhat ironic considering Kusuo actually has powers). He frequently annoys Kusuo because of this. However, Kusuo has, on multiple occasions, pretended to be a member of the Dark Reunion. For example, Kusuo engraved the Dark Reunion Symbol on a wall after destroying Jade Eyes's hideout, which caused Shun to believe it was the work of Dark Reunion. Clairvoyant Mikiko also believes in Dark Reunion because of Kusuo. She was shown apologizing to Shun for not believing in Dark Reunion after Kusuo threatens her, causing her to believe that he was from the Evil Organization.

The Dark Reunion have modified a snake using Biotechnology in their Secret Research Institute, its name being Murder-Dragoram-Snake. The creature was then sent to sort people into the Organization. The plan quickly failed with Shun "killing" the snake.

The Dark Reunion is actively tracking down The Jet-Black Wings's whereabouts, to capture him, steal the Black Beat, and create a new world using it. 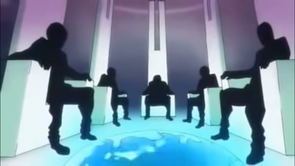 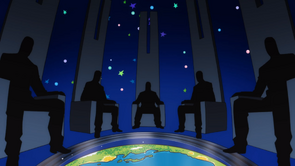 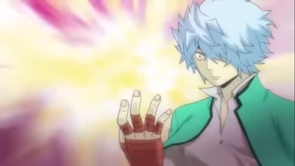 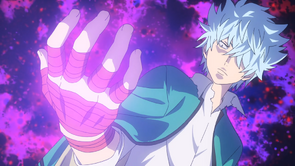 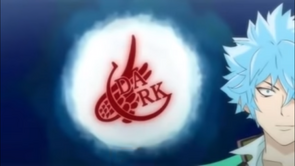 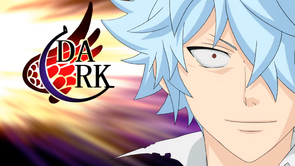 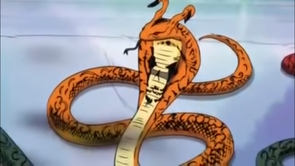 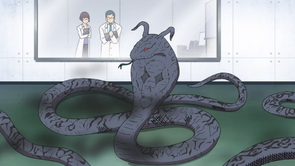 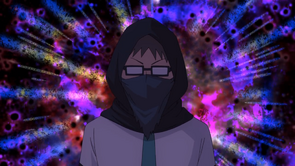 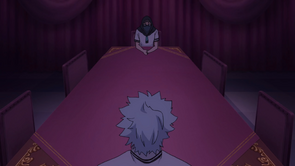 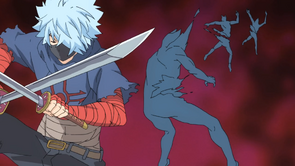 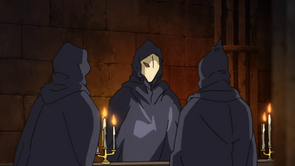 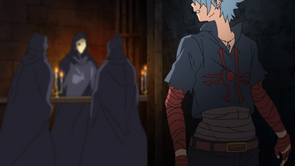 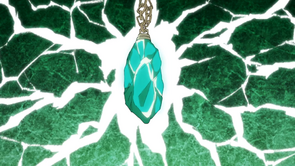 Panalyze, The Stone of Ruin 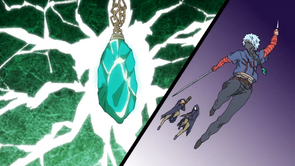 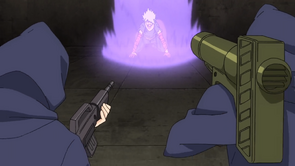 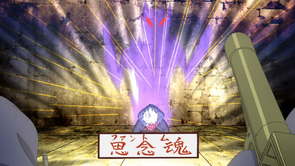 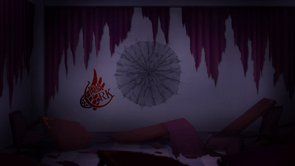 Jade Eyes's Hideout, Destroyed
Add a photo to this gallery

Retrieved from "https://saikikusuo-no-psinan.fandom.com/wiki/Dark_Reunion?oldid=16303"
Community content is available under CC-BY-SA unless otherwise noted.