Saiki Kusuo no Psi-nan, also known as The Disastrous Life of Saiki K., (斉木楠雄のΨ難 Saiki Kusuo no Sainan) is an anime series by J.C. Staff & EGG FIRM based on the manga of the same name by Asou Shuuichi.

The anime adaptation was announced on Weekly Shōnen Jump's 23rd issue of 2016. Along with the announcement the production companies, director, series composer, character designer and the voice actors for Saiki Kusuo, Saiki Kurumi, Saiki Kuniharu, Kaidou Shun, and Nendou Riki were released.[1] The following issue, on May 16, 2016, the voice actresses for Teruhashi Kokomi and Yumehara Chiyo were announced. [2] Afterwards, on May 23, 2016, Hairo Kineshi and Toritsuka Reita voice actors were announced.[3] On May 30, 2016, it was announced that the series will start airing on July 4, 2016.[4]
Funimation announced on June 29, 2016 that it will stream[5] and simulcast[6] the series for international audiences. It was streamed as "The Disaster of Psi Kusuo Saiki" but it was later renamed as "The Disastrous Life of Saiki K." On July 13, 2016, Funimation announced that it will give the series an English dub that will premiere on August 7, 2016.[7]

On December 26, 2016, after the airing of Season 1’s Episode 24, it was announced that the series will have another season as well as teased the mini crossover with Gin Tama.[8] During a special event for the series, on July 23, 2017, a visual was released as well as the broadcast of Season 2 to start the following year, 2018.[9] On October 30, 2017, another visual was released, featuring Akechi Touma.[10] Later on, November 13, 2017, Touma’s voice actor was later announced, his character design and the month of the season’s release, January.[11] The following issue, on November 20, 2017, Aiura Mikoto’s character design and voice actress was released. [12] Afterwards, on November 27, 2017, Rifuta Imu’s character design and voice actress was released. [13] On December 4, 2017, it was finally announced the official premiere date, January 17, 2018.[14] Funimation was not given a license for the 2nd season,[15] making Netflix the sole exclusive streaming distributor for international release of episodes after season 1.


On March 23, 2019, Netflix announced that it will produce an original anime series with the original Japanese staff returning to reprise their roles.[21] Then on Weekly Shōnen Jump Issue 46, released on October 12, 2019, it was announced that the new series will come out in the winter. It will feature previous chapters that were not adapted and have characters, Suzumiya Hii and Iguchi Takumi animated. Hii will be voiced by Nao Tōyama and Takumi will be voiced by Kōsuke Toriumi.[22] Hiroshi Kamiya, Kusuo's Japanese voice actor, commented how the director has been overwhelming, especially on the 5th episode of the series and Nao Tōyama mentions liking the performances from Aiura Mikoto's voice actress and Hairo Kineshi's voice actor.[23] On October 23, 2019, it was announced that the series will come out on December 30, 2019, with 6 episodes. The official visual was released along with a promotional video.[24] Also released was the official English name, "The Disastrous Life of Saiki K.: Reawakened" through Netflix's main YouTube channel post of the promotional video.[25]

Funimation
Kusuo Saiki is a typical 16-year-old high school student… except he has psychic powers. He can use them to get whatever he wants, but he also knows everything that people are thinking. Everything. No surprises, no secrets, no normal human experiences. He's kept his powers in check since childhood, but with the temptations of high school now on his mind, he's bending the rules—and spoons.[26]

Netflix
High school sophomore Kusuo Saiki swore as a child that he would keep his psychic talents hidden, but his abilities still make his life difficult.[27] 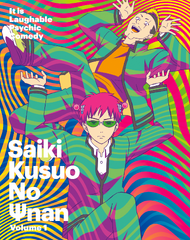 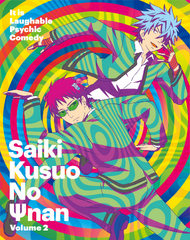 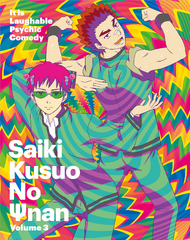 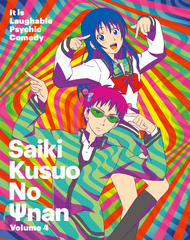 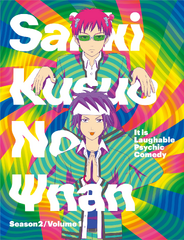 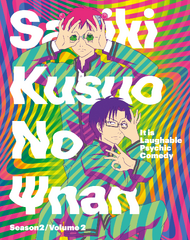 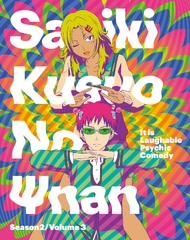 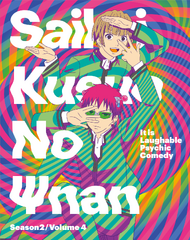